Uses an Arduino to indicate a target for a short period. The faster and more accurate you are, the faster the indications and the shorter the period; make mistakes and the target slows down.

The video shows the following: 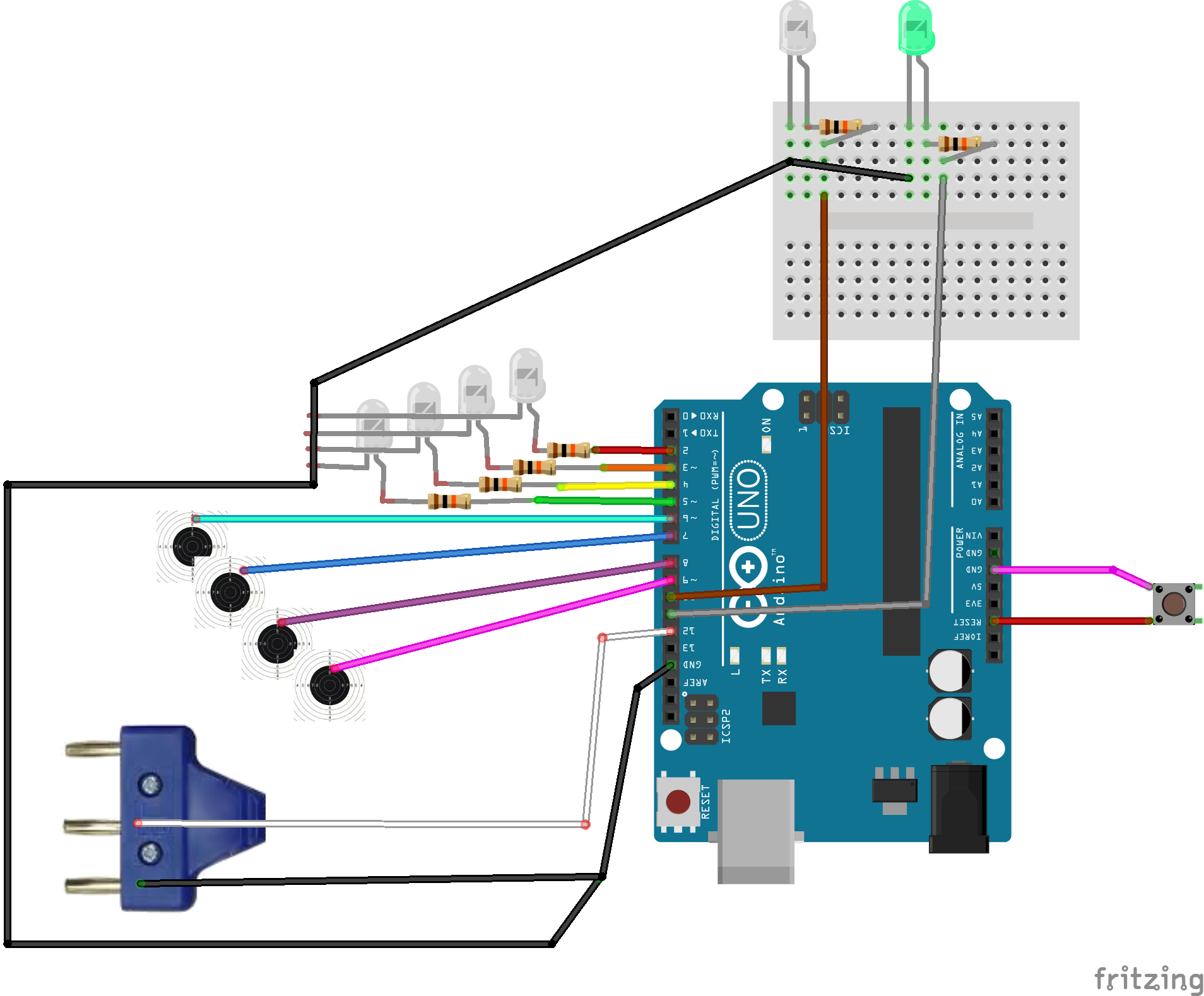